Chelsea’s Story – from The IF Project

TRF will be featuring the documentary The IF Project this week at our 2021 Film Festival. This piece comes from their blog and is just an example of how lives are being touched and transformed through the work of The IF Project who’s vision is “A world without mass incarceration and the impacts it creates. A world where our communities provide pathways to equitable opportunities, where we are all valued, and are free to explore who we want to become.”

Early on, Chelsea developed a rare stomach disorder which went undiagnosed for years. She saw many doctors, but none of them could figure out what was wrong with her. Chelsea recalls being administered Total Parenteral Nutrition (TPN), a form of IV nutrition feeding, as well as having to attend school with an intravenous catheter known as a “PICC line”, causing her to be bullied by fellow classmates.

Chelsea Sumpter grew up in Orting, Washington, a “small, one-stoplight town” nestled between two rivers, about thirty miles northwest of Mount Rainier. These days, she says they’ve added a couple more stop lights, but it’s still a “one way in, one way out” kind of town.

Chelsea’s parents were traditional and strait-laced. They never drank alcohol, smoked cigarettes, or used drugs, and so they never understood how their child could stray down such a deviating path.

“Next thing you know,” Chelsea says, “I’m thirteen or fourteen years old and trying meth for the first time. Suddenly, I’m thinking, “Oh, this is what happiness feels like.’ It felt like I was on top of the world.”

From there, things started to spiral out of control for Chelsea. She stopped attending school and on more than one occasion ended up in the youth detention center. Eventually, Chelsea’s parents felt like they could no longer control her, and decided to have her committed to a youth at-risk program.

“By the time I was eighteen years old, right before I was supposed to graduate high school, I had already dropped out of school and was on my way to prison. Ultimately, it was my drug problem that led me there.”

Chelsea ended up serving roughly 7 years. When she got out, she found it difficult to maintain a productive lifestyle, particularly because she was right back in the same place where she had started, with the same people, and in many ways worse off than before her incarceration. Eventually, Chelsea slipped back into her old habits. For the nearly half-decade that followed, she found herself in and out of incarceration on four different occasions, stuck in the so-called “revolving prison door”.

During her last stint, Chelsea was mandated to complete a therapeutic community drug program. At first, she admits that she fought it tooth and nail, although unaware of how much information was actually sinking in. “I was doing the work and I didn’t even realize it. I was becoming stronger and learning things about myself, like how to set boundaries and forgive myself for the things that I’ve done.”

Chelsea recalls reaching her breaking point one day while sitting in the housing unit and listening to her fellow bunkmates, some of them in their seventies, discussing future prospects of illegal activities upon their release. As she listened and looked around the dorm, it occurred to her that she did not want to go down the same path as them. “I’m thinking to myself, ‘You all need to go home and crochet a blanket!’ I didn’t want to be that old lady in a wheelchair talking about ‘hitting licks.’ I wanted to be different. I wanted to have a life—I wanted to have a happy life. I wanted my family back. I wanted me back!”

From that moment on, Chelsea set out to improve herself, which meant signing up for every program provided by the institution. She intended to learn more about herself and why she had previously made such poor choices, as a way of breaking the cycle.

Chelsea remembers the day one of her bunkmates asked her to take part in a writing exercise for a class developed by a Seattle police detective, Kim Bogucki. She was asked to write a response to the following question: If there was something someone could have said or done to change the path that led you here, what would it have been? At first, Chelsea admits that she was reluctant to work with a police officer, but ultimately Kim’s dedication won her over.

“Even though Kim was an officer of the law, she would sit and listen with tears in her eyes and just talk to us like we were normal people, like our story mattered, like we mattered. I needed people like Kim to believe in me long before I believed in myself. It’s thanks to people like her—who helped me fight through it and see my self-worth—that I’m where I am today.”

Today, Chelsea is a member of The IF Project’s Advisory Council. She’s been with the organization since 2004 and was one of the first women to ever answer the “IF question”. Through participating in the courses, Chelsea says that she has gained self-respect and for the first time feels as though she finally has a voice of her own.

Upon her release, Chelsea moved to Seattle and enrolled in a culinary arts training program with FareStart, a nonprofit organization that provides restaurant industry job training for people experiencing barriers to employment. While there, she also met her fiancé, Michael. The two recently bought a home together and welcomed the birth of their first child, a baby girl. When she is not busy raising her daughter, Chelsea works as a personal chef, and plans to eventually open her own catering business.

“My daughter brings me so much happiness,” Chelsea says. “I never thought that I would have a baby. I was told that I would never have children. Now when I look around there is so much to be thankful for in my life—so much more than physical possessions. I have peace of mind. I have strength. I have hope. I have dignity. I have integrity. I have my family back.”

PrevLet’s Get to Know Beyond Conflict!
Brendan’s Story – The Key to Breaking Free from Trauma’s Ball & ChainNext 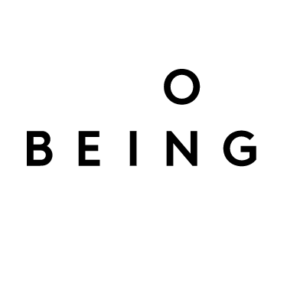