The arrival of European colonizers brought genocide and enslavement to every corner of the New World. The resulting traumas resound today, more than 500 years later, in the unrelenting migration crisis that bubbles from below the Equator and crests daily at the United States’ southern border.

People coming to this border are fleeing modern-day hunger and violence derived from systems imposed all those centuries ago, part of a cycle of societal abuse we haven’t yet learned to break.

In 2018, the Trump Administration enacted a policy to detain adult undocumented migrants for crossing the border, placing their children in detention separately from their parents, presumably awaiting foster care or other guardianship arrangements. Trump reversed the policy by executive order two months later, but thousands of families were affected in that time.

For the last decade or so, the majority of people crossing the border have been indigenous Central Americans, who set out from Nicaragua, Guatemala, Honduras, many of them by foot, to reach Mexico and arrange a border crossing, often resulting — even before the Trump policy — in injury, incarceration, and sometimes death. Family separation deepened the harm caused by an already inhumane occurrence, and it added state-sanctioned child abuse to the mix.

Child separation is the leading cause of trauma in the US. Child separation enacted by armed, uniformed officials, following a dangerous, often months long journey culminating in jail cells full of children eating and sleeping around an open toilet, with no promise of seeing their parents again? This brutal attachment trauma inflicted on migrant children by the US government, which untreated will shape them into adults unable to maintain healthy relationships, guarantees yet another generation of indigenous people traumatized by colonialism.

This isn’t something we ever stopped doing. As Anita Sinha, director of American University’s International Human Rights Law Clinic writes for the American Constitution Society, “family separation is embedded in American history.”

It was a practice tied to our inhumane founding, to force a fantasized notion of America by solving the so-called “Indian problem.” Part of this solution was separating Indigenous children from their families, first by placing them in boarding schools and later by promoting and facilitating their adoption by non-Indigenous families. A 1978 U.S. House of Representatives report cited that the government separated approximately twenty-five to thirty-five percent of Indigenous children from their families.

Native Americans alive today live with the effects of state-organized family separations carried out throughout the 20th century. And Sinha does well to note the other community that has been targeted by the government for centuries: black Americans.

There was also the separation of enslaved families and kidnapped freed African Americans, about which Ta’Nehisi Coates says, “Here we find the roots of American wealth and democracy – in the for-profit destruction of the most important asset available to any people, the family. The destruction was not incidental to America’s rise; it facilitated that rise.”

Family separation has been a consistent tool of oppression used by the US government, and it goes hand in hand with mass incarceration, border-related or not. It’s an effective and cyclical tactic: We know severe attachment trauma affects people’s ability to maintain healthy interpersonal relationships, including those with their own children, who can in turn develop attachment traumas as well. This means family separation begets consistent intergenerational trauma among populations already facing deeply adverse societal conditions that make seeking clinical help improbable, or even impossible.

And it’s not just the psychopathology risk. Adults who suffered traumatic childhoods are known to be at higher risksfor a slew of medical conditions. Caring for these conditions in whatever combination they may present requires resources — a safety net that migrant children are not likely to have access to, regardless of what side of the border they grow up.

Maria Murriel is a journalist pursuing the Trauma Research Foundation’s trauma studies certificate. She is co-founder of Pizza Shark Productions, a podcast network and production house working toward radical inclusivity in media. She lives in New Orleans, where she works on storytelling as a healing practice. Read more at mariamurriel.com.

PrevLet’s Get to Know Sadar Psychological and Sports Center
‘We Can Begin To Heal the Wounds.’ Inside the Efforts to Provide Mental Health Care to Families Separated at the U.S. BorderNext 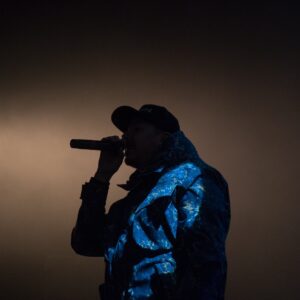 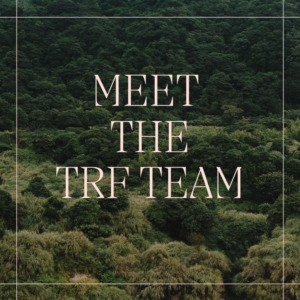