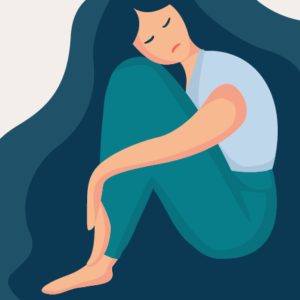 The Truth of the Matter

In the first year of my doctoral program in Counseling Psychology, my professor assigned a research proposal which included connecting with a local community agency to gather ideas and insight. I spent several weeks ruminating over what the focus of my research should be. Up until that point, much of my research had focused on the overrepresentation of youth with behavioral health challenges in the juvenile justice system. As I began delving even further into this topic, I discovered something. A significant amount of youth were in juvenile detention for solicitation and/or prostitution. How could this be? How could individuals below the legal age of consent be arrested for these crimes? Given that the world was still in lockdown due to the COVID-19 pandemic, I had ample time on my hands to search for the answers to my questions.

The Scope of the Problem

Domestic Minor Sex Trafficking (DMST) is defined as “the recruitment, harboring, transportation, provision, or obtaining of a person for the purpose of a commercial sex act” (Trafficking Victims Protection Act, 2000). Estimates regarding the number of American youth impacted vary significantly, ranging from 100,000 to 300,000 victimized by prostitution each year in the United States. However, the number of victims could be much larger than what is reported in the research literature because the definition of DMST only pertains to individuals under the age of 18 who are considered lawful permanent residents or citizens of the United States (Smith et al., 2009). Smith, et al. (2009) estimates that the average age of entry into DMST is between the ages of 11 and 14 years old.

Who’s Most at Risk

Human trafficking disproportionately affects those from marginalized groups due to expansive structural inequalities (Finigan-Carr, et al., 2019). As children develop, several intersecting factors can influence the likelihood of their involvement in trafficking. In present society, the social climate encourages a market in which DMST can thrive. Researchers propose that child sex trafficking is able to function due to the individualization of responsibility and commoditization rampant in a capitalism dominated culture. Women and children are largely impacted because they are forced to find viable solutions to the structural problems that abound from the capitalist nature of Western society. For example, many survivors report engagement in survival sex, which is succumbing to exploitation in order to meet one’s basic needs.

In order to develop policies and intervention strategies to combat DMST, professionals involved with these youth need to better understand how traffickers coerce and manipulate vulnerable individuals and comprehend the concept of trauma bonding. Predators seek out children and prey on their weaknesses to groom them for exploitation (Hargreaves-Cormany & Patterson, 2016). Many victims of sex trafficking do not identify as victims due to the influence and impact their abusers have on them.  Pimps use tactics that include lying, manipulation, and abuse to break individuals down until they feel that they have no other choice than to do what is expected of them (Smith et al., 2009). On the street, this is referred to as seasoning. According to Greenbaum (2014), seasoning “involves breaking victims’ will through the use of physical and sexual violence, psychological manipulation and abuse, physical and emotional deprivation, isolation, threats, and intimidation” (p. 258). Despite the blatant evidence, traffickers are astute at avoiding law enforcement and the current laws in place tend to shift blame onto the victims (Smith et al, 2009).

The United States Congress instituted the Trafficking Victims Protection Act (TVPA) in 2000 due to expanded awareness of DMST (Barnert, et al., 2015). The act sought to oppose CSE, which it appropriately classifies as a form of modern-day slavery, through protections for victims and sounder punishments for traffickers (Trafficking Victims Protection Act of 2000, 2000). However, due to state laws in place across the country, many youth survivors of trafficking continue to be labeled as delinquent, forced into the justice system, and punished for partaking in prostitution (Geist, 2012, as cited in Barnert, et al., 2015). Some law enforcement officers report intentionally arresting and placing children engaged in prostitution in detention facilities to keep them safe and remove them from the streets (Smith et al., 2009). However, in doing so, these officers are masking the true problem by preventing the survivor from obtaining suitable services and slandering their name with a delinquent identity that will continue to haunt them (Smith et al., 2009). Research shows that this practice of placing youth in detention facilities is not common for victims of other sexually violent crimes. Smith et al. (2009) state that “the arrest and detainment of the victim confirm the identity that has been assigned to her by the pimp/trafficker and reinforces the belief that she is not worthy of rescue or justice as a victim of a violent crime” (p. 67).

What can we do about it?

A key factor in the fight to end DMST is increasing public knowledge and awareness to allow for accurate identification of survivors. In order to receive the proper services, an individual has to be identified and labeled as a vicim of trafficking because funding for services requires this classification (Fong, 2009). One major problem is the misidentification of victims by first responders, which results in delinquent status for the youth (Smith et al., 2009). It is vital that first responders and healthcare workers are trained to identify signs of involvement in DSMT and also learn about trauma-informed ways to approach these youth. Clinicians who would like to be more involved in advocacy efforts can offer to conduct trainings in their local communities or to develop and supply materials that highlight methods of identification and trauma-informed approaches to care.

Another significant problem is that mental health care professionals working with survivors are often hesitant to label clients as survivors of DMST and choose labels such as ‘sexual abuse victim’ instead (Struble, 2008). This may be a result of the dearth of education and awareness on DMST and how it functions. There is disagreement among professionals about whether involvement in DMST is an act that the minor elects to participate in (Flowers 2001a; Morgan 2014; Thompson 1999; Smith 2014); or a human rights concern (Countryman-Roswurm, 2012; Farley 2003; Morgan, 2014) involving youth who are victims of various forms of abuse at the hands of manipulative adults (as cited in Countryman-Roswurm & Bolin, 2014). When we consider the ways in which these vulnerable youth are manipulated and coerced into sex trafficking by manipulative adults, it seems clear that these youth are in dire need of help and intervention.

So I implore you to think about the ways in which you can spread greater awareness of DMST throughout your communities. It is crucial that more people find ways to contribute their unique knowledge and skills to influence the systems in power toward change. No child should spend the most influential developmental years of life trapped in an ‘industry’ with no concern for human life. Together, we can band together and initiate change.

PrevLet’s Get to Know Chacruna!
New Year’s Greetings 2022Next 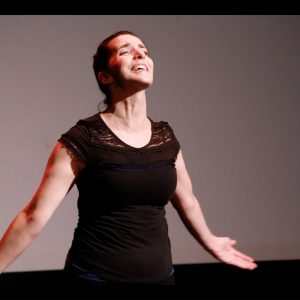 The Role Improv, Performance, and Storytelling Played in my Trauma Recovery Journey 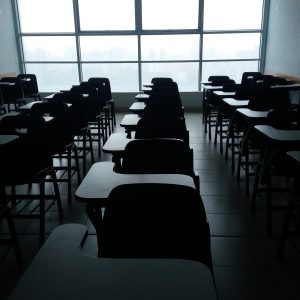 After a School Shooting 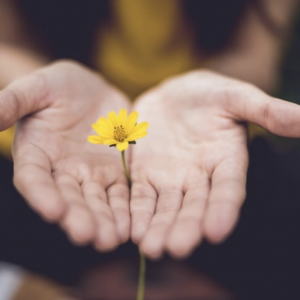