Reeling collectively from climate-disaster trauma in the Gulf South 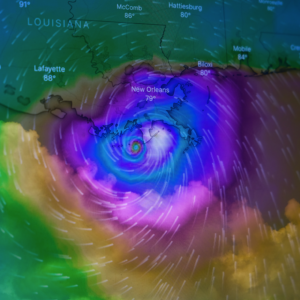 On my first Monday back in New Orleans after Hurricane Ida, I wanted to get back to work. But 3pm rolled by and my emails still sat unopened, my browser teeming with #vanlife websites outlining the pros and cons of various kinds of portable toilets. For good reason.

Three weeks after the storm, I’d logged on to survey the overgrown landscape of my inbox and make a to-do list for the week, but all I could focus on was my unrelenting anxiety about having to rely on the local government and infrastructure ahead of next year’s hurricane season — or even another major storm during the remainder of this season, ending November 30.

Could anyone in this coffee shop get any work done over the loud buzzing of my brain? How could I get any work done without learning what kind of toilet would be possible to install in the van I’d soon be using as both a home and a hurricane escape mechanism?

My amygdala is no stranger to crisis response and backup plans. A childhood history of disorganized, abusive relationships with my primary caregivers has, in part, shaped me into a very dependable hurricane buddy. The downside is that after the crisis, I can’t quite settle my crisis response. Weeks after the storm, I’m still moving through a combination of fight, flight, and freeze at the thought of climate events.

I saw my trauma symptoms echoing in my neighbors loud and clear in the days before the storm, which made landfall on August 29, sixteen years after Hurricane Katrina and the levee failures flooded New Orleans. After this year’s storm, I see myself and my neighbors living out a collective trauma response.

Seven weeks after Hurricane Ida, she still fills most of my conversations with locals. At least five people I know are moving out of state.

For me, the storm underscored the precarity of my relatively very stable life in New Orleans, a city precarious by design. I’m a homeowner with stable remote work and income through my podcast production company. I’m increasingly a rarity in a city powered by artists and service industry workers struggling to afford rising housing costs driven by developers and short-term rentals. And still, I don’t have the cash flow a developer might have to undertake repairs in the event of serious hurricane damage.

Ida mostly spared my house, and my block was without electricity in the swampy, triple-digit summer for only a week. Others were not so lucky.

The river parishes outside of New Orleans were hit directly by the storm, causing people to lose their homes. New Orleans TV station WWL reported at least 26 deaths in Louisiana related to the extended power outage following Ida. Some areas are still without power.

I grew up in Miami, so hunkering down for hurricanes and living without utilities for a short while afterward isn’t new to me. But when I mentioned to a hometown friend that I was considering selling my house and moving into a van so I can leave the city for the duration of hurricane season, she replied, “That’s extreme.”

Sonthia Coleman is a lifelong New Orleanian in her 30s. We met through her apothecary business, and in casual conversation about the storm, she told me she was preparing to buy a school bus and turn it into a mobile home. My eyes widened with validation.

Sonthia’s family homes in Orleans Parish require so much maintenance, she said, that as her relatives get older, it might not make sense for her to stay here through another hurricane season.

“I never want to stand in another FEMA [assistance] line again,” she told me the day after she waited for hours, only to be told the federal agency would not cover her hurricane-related expenses.

While these are the realities that surround me in post-Ida New Orleans, I’ve felt misunderstood by people outside Louisiana — even my loved ones in South Florida, who have lived through many a hurricane aftermath. I feel they don’t remember how difficult it is to move your body in the subtropics without air conditioning. How exhausting it is to look out for tree limbs as you drive without traffic lights. How stressful it is to see people break out in fights at gas stations while they wait to fill their generator cans.

And now that most of the city has power, all many of us can talk about is the seeming impossibility of continuing our lives here. How long do we have left in this place if climate change continues to make hurricanes more intense and harder to predict? I wonder if wildfire survivors feel this way in their post-disaster haze. And I haven’t even touched on the public services disaster that followed this hurricane.

Seeing this headline made me drop my shoulders and relax my core: I have not been imagining this. I have not been exaggerating. We have been living collectively through our trauma response, trying to pinpoint our best option for survival in the long term.

That first Monday back in town, I realized I was freaking out. I managed to push some deadlines and simply ignored others. I decided to keep researching the vanlife option, but not make any decisions just yet. But people who decide to move in the days following the storm, amid the same maelstrom of protective amygdalic devices that had me looking up composting toilets — do they regret it? It’s a big decision they have to live with at least semi-permanently.

I wonder how people could be better supported to make life-altering decisions in the aftermath of a disaster, and whether that’s even worthwhile. After all, that crisis response is just their brain doing its job — keeping them safe.

Maria Murriel is co-founder of Pizza Shark Productions, a podcast network and production house working toward radical inclusivity in media. She lives in New Orleans, where she works on storytelling as a healing practice. Read more at mariamurriel.com.

PrevHow does Play Therapy work? A bottom-up approach
Behind the Scenes with TRF 2021 Film Festival Documentery “A Place to Breathe”Next 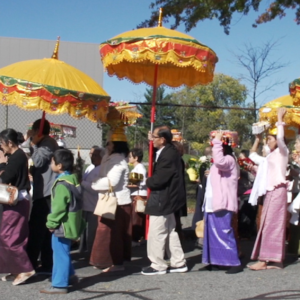 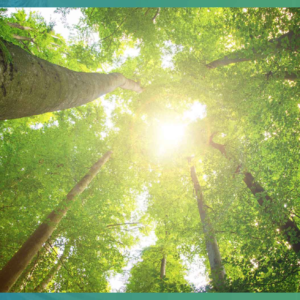 How does Play Therapy work? A bottom-up approach

Trauma, trust and triumph: psychiatrist Bessel van der Kolk on how to recover from our deepest pain