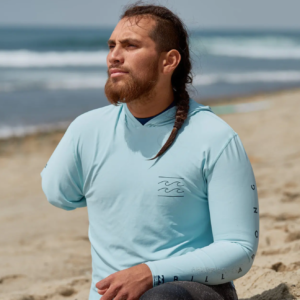 Lawmakers find it hard to “just say no” to combat veterans seeking support for drug decriminalization efforts gaining traction around the country.

APPLE VALLEY, Calif. — Jose Martinez, a former Army gunner whose right arm and both legs were blown off by a roadside bomb in Afghanistan, has a new calling: He’s become one of the most effective lobbyists in a campaign to legalize the therapeutic use of psychedelic drugs across the country.

On a Zoom call this spring with Connie Leyva, a Democratic legislator in California who has long opposed relaxing drug laws, Mr. Martinez told her how psilocybin, the psychoactive ingredient in “magic” mushrooms, had helped to finally quell the physical pain and suicidal thoughts that had tormented him.

Ms. Leyva says she changed her mind even before the call ended, and she later voted yes on the bill, which is expected to become law early next year.

“We ask these men and women to go fight for our freedoms,” she said in an interview. “So if this is something that is helping them live a more normal life, I feel like I shouldn’t stand in the way.”

In the two years since Oregon, Washington, D.C., and a half-dozen municipalities decriminalized psilocybin, vets have become leading advocates in the drive to legalize psychedelic medicine, which they credit with helping ease the post-traumatic stress, anxiety and depression that are often tied to their experiences in the military.

The campaign has been propelled by the epidemic of suicides among veterans of Iraq and Afghanistan, but also by the national reckoning over the mass incarceration of people on drug charges that has softened public attitudes on prohibition.

More than 30,000 service members have taken their own lives in the years since Sept. 11 — four times the number of those who died on the battlefield — and the Department of Veterans Affairs has struggled to address the crisis with the traditional repertoire of pharmacological interventions.

The recent U.S. withdrawal from Afghanistan may have marked the end of America’s “forever war,” but the psychological fallout from two decades of military conflict continues to reverberate among many of the 1.9 million personnel who served overseas.

“I will not be told no on something that prevents human beings from killing themselves,” Mr. Martinez said.

Jesse Gould, a former Army Ranger who started Heroic Hearts Project, an organization that connects veterans to psychedelic therapies available in Latin America, also measures the desperation in the daily barrage of emails he gets from vets seeking help.

The waiting list for a treatment slot, he said, has stretched to 850 people.

“The federal health care system has failed us, which is why veterans have to seek care outside the country,” he said. “They are already turning to psychedelic options in droves so we can either decide to call these veterans criminals, which is what we do now, or we can make sure they can get effective care here at home.”

Recent studies have buttressed anecdotal accounts of benefit and helped to quantify the therapeutic value of substances like LSD, psilocybin and MDMA, the drug better known as Ecstasy. A study in Nature Medicine found that MDMA paired with counseling brought marked relief to patients with severe PTSD. Another in the New England Journal of Medicine highlighted the potential of psilocybin therapy for treating severe depression.

Although current federal law largely prohibits the medical use of these compounds, researchers expect MDMA-assisted talk therapy to win approval from the Food and Drug Administration in the next year or two, followed soon after by psilocybin, which has already received agency approval as a “breakthrough therapy” for severe depression. In 2019, the F.D.A. gave approval to esketamine, a nasal spray derived from the anesthetic ketamine, for treatment-resistant depression. Off-label use of ketamine for depression has also become increasingly popular.

Kevin Matthews, a military veteran who led a 2019 ballot measure in Denver that decriminalized psilocybin mushrooms — the first U.S. city to do so — said personal testimonies about psychedelic therapy have been pivotal in winning over skeptics who worry that decriminalization will fuel increased recreational use.

“The key to doing that is getting the right people in front of the right constituencies,” he said.

Decriminalization advocates have made remarkable progress over the past two years. Last month Seattle embraced the decriminalization of psilocybin and other plant-based psychoactive drugs, and Michigan and several other cities across the country are poised to do the same.

State Senator Scott Wiener, a San Francisco Democrat who sponsored California’s psilocybin measure, said he had been surprised by how readily some opponents changed their minds. “Veterans are very, very compelling messengers,” he said.

But as psychedelics have gained acceptance among mental health professionals, even enthusiastic supporters of decriminalization acknowledge the potential perils of doing so without adequate regulation or professional guidance. Overdoses are rare, and the compounds are not considered addictive, but experts stress the importance of chaperoned drug trips given anecdotal reports about adverse reactions among people with serious disorders like schizophrenia.

At first glance, former military personnel might seem unlikely champions for illegal, mind-altering drugs that many Americans associate with the countercultural peaceniks of the 1960s and 1970s. But veterans have become powerful emissaries for psychedelics across the political spectrum.

“It helps that I’m not some stereotypical hippie doing LSD for fun,” she said. “But I think our voices are impactful because we’ve put our lives on the line for our country, and after 20 years of war, we need help healing because nothing has worked so far.”

Recent converts include Rick Perry, the former Republican governor of Texas, who earlier this year returned to the State Capitol to join Democratic lawmakers promoting a bill to authorize the clinical study of psilocybin. The bill passed both legislative chambers in June, and became law.

Mr. Perry declined an interview request, but during a news conference in April he said his conversion from an antidrug stalwart to a champion of psychedelic therapies was inspired by his personal relationship with a combat veteran who had turned to opioids to deal with his PTSD.

United States Representative Dan Crenshaw, a Texas Republican and former Navy SEAL who had consistently opposed efforts to relax drug laws in Congress, also had a change of heart after hearing from fellow veterans. In September, he introduced an amendment to a defense spending bill that would have allowed the Pentagon to fund psychedelics research. The amendment, however, failed to advance out of a House rules committee.

The legalization campaign’s focus on vets as leading advocates is not without controversy. Carlos Plazola, co-founder of the advocacy group Decriminalize Nature, said he was disappointed by the movement’s overemphasis on the struggles of service members. He said a broader cross section of people of color should have their experiences heard.

“We understand the value of pushing patriotism and advancing the American flag to the front of the parade, if you will, but if we’re going to be successful we have to also talk about the traumas of Black, brown and Asian people and Indigenous communities,” he said.

Still, military veterans have proved effective messengers. Mr. Gould, the former Army Ranger, started Heroic Hearts in 2019, not long after he took his first psychedelic journey in Peru with ayahuasca, a plant-derived, hallucinogenic brew that has shown extraordinary promise in treating a range of psychological maladies.

Mr. Gould said a traumatic brain injury caused by the many rocket launches he oversaw during three deployments in Afghanistan left him with uncontrolled spasms of anger and anxiety. Healthy romantic relationships, he said, were out of the question.

“It defragged my brain in a way that allowed it to heal,” he said of the ayahuasca retreat, adding that his new frame of mind made it possible for him to meet the woman who would later become his wife. “It definitely saved my life.”

Researchers are still trying to understand the mechanics of psychedelic-assisted therapies but they are widely thought to promote physiological changes in the brain, sometimes after just one session. On a psychological level, the drugs can provide a fresh perspective on seemingly intractable trauma, giving patients new tools to process pain and find inner peace.

Mr. Martinez, the former Army gunner injured in Afghanistan, has become an especially effective evangelist for psychedelics. He endured 19 surgeries and ceaseless pain that left him dependent on opioids. Beneath the physical agony was an unaddressed wound: childhood abuse he suffered at the hands of a relative.

“For a very long time I didn’t understand why I was so mad at the world,” said Mr. Martinez, 33, who grew up in South Los Angeles and lives with his wife at the edge of the Mojave Desert. Psilocybin, he said, changed everything. Although he still grapples with constant pain, his “journeys” while using the drug allow him to step outside himself and focus on the good, and what is possible in life, which lately includes sidelines as a Paralympic surfer, an archer and a weight-training enthusiast. He also runs a nonprofit that seeks to connect veterans to nature through wilderness outings.

“Psychedelics helped me realize that my problems are small compared to the world’s bigger problems like starvation and cancer,” he said. “And now I understand what I’m actually here for in this world, which is to make people smile and to remind them that life can be beautiful even when it’s not so easy.”

Prev‘You Have One Minute Remaining.’ Why I’ll Always Drop Everything to Answer My Brother’s Calls From Prison
The Play-Based Healing Event: Establishing Safe ConnectionsNext 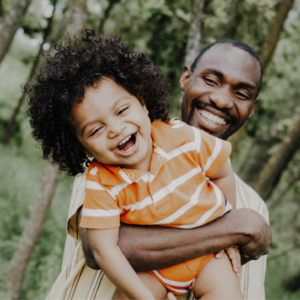