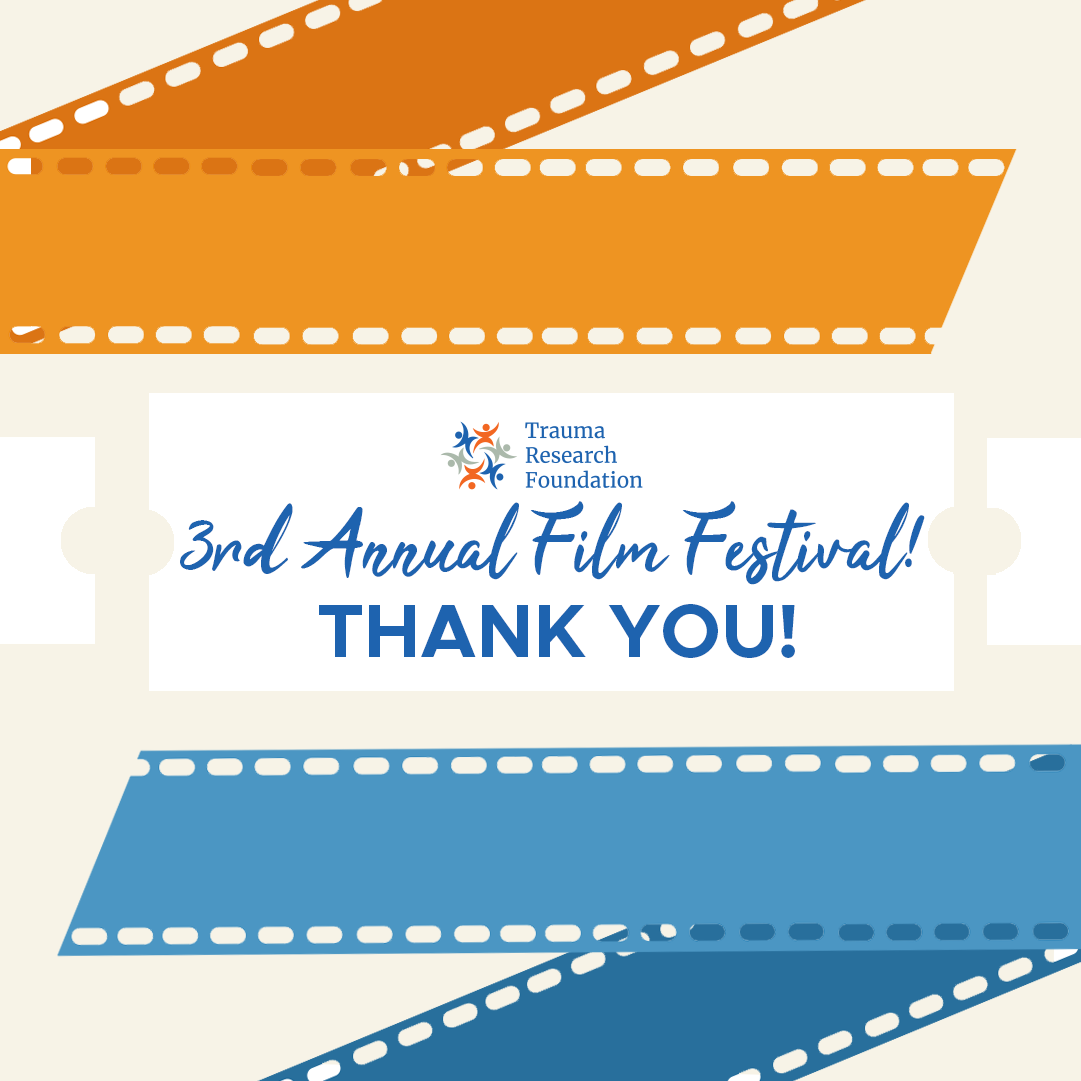 By: Teresa Yung, Director of Operations with TRF

This year, the Trauma Research Foundation held our 3rd Annual Film Festival. Thank you for joining us, and if you missed this year’s showing we hope you will join us next year. Read on to glean more about this year’s production: why it matters to us, how it went, how we chose the films, notable highlights, where we plan to take it for next year, and of course, the announcement of this year’s Audience Choice Award winner.

As a part of TRF’s community offerings (programs offered without cost to the public), the Film Festival strives to create a space where trauma is discussed, healing is celebrated, and community gathered. As a recognized leader in the field of trauma-informed practices, TRF facilitates avenues for knowledge sharing and research. Throughout the year TRF leadership and staff connect with our communities to learn more about the impact of their work in healing. The Annual Film Festival is one culmination of building relationships and bringing people together. The festival invites individuals, practitioners, and filmmakers touched by the effects of traumatic events to be together, watch films, and have conversations.

Over the course of five days, we screened four feature length films and one short film. 1,620 people registered for tickets and you all helped us raise $13,400 in donations to go towards TRF programming.

How Are Films Selected?

Every year films are compiled and brought to the TRF team through a variety of channels. Film recommendations come from Licia Sky, the CEO, TRF staff, and the TRF community. This resulted in a list of 26 films which, over the course of several weeks, TRF team members watched and gave their personal ‘yay’ or ‘nay’ recommendations. The “definitely” list came back composed of 10 films upon which a second watching by more people on the team and a discussion ensued.

The 10 factors considered in final selection include: topic, populations featured, geographic regions represented, trauma featured, emotion / sentiment, length of film, Q&A / panelist possibility, quality of film, overall watching experience, and possibility of screening. The selection process is an open discussion of sharing and hearing from one another within the TRF team. We value each other’s thoughts and experiences with the films. Team members share from the heart how the film impacted them, the story that it told, and how our community might respond.

The TRF team had to hold back their desire to add more days to the festival to create more space for more films. The handful of runner-up films reluctantly tagged in the “save for next year” category included “Break the Chain,” about human trafficking, “Us Kids,” about school shootings and student led social movements, and “Skatestain,” about a community coming together in a war zone through skateboarding.

Summary of Films and Trailers

Speak What We Feel tells the story of the Fall Festival of Shakespeare, a personally inspiring and academically rigorous theatrical tradition where hundreds of high school students come together annually to meet Shakespeare’s plays on his terms, create a performance festival, and together embark on a wild and whirling adventure of ten plays in ten schools all opening on the same night. The Festival culminates in a four-day community event bringing all ten shows together under one roof at the Tina Packer Playhouse for what has been called by a Boston radio station, a “rock concert of Shakespeare.” Watch as a new generation of students encounter Shakespeare’s stories — and unfold their own in the process.

A documentary that offers solutions to reduce and unlearn chronic pain. The film follows three chronic pain patients who have spent years searching for answers. Desperate for relief, they enter a new medical program — run by Dr. Howard Schubiner — that focuses on uncovering hidden causes of pain, and retraining their brains to switch the pain off. This new paradigm for diagnosis and treatment was found to be effective in several randomized trials, and was listed as a “best practice” by the HHS’s task force to combat the opioid epidemic. This Might Hurt provides an intimate exploration and suggests a path to healing for millions.

From Shock to Awe asks, ‘how do we heal our deepest wounds?’ An intimate and raw look at the transformational journey of two combat veterans suffering from severe trauma as they abandon pharmaceuticals to seek relief through the mind-expanding world of psychedelics. Recent scientific research coupled with a psychedelic renaissance reveals that these substances can be used to heal PTSD (Post-Traumatic Stress Disorder) for individuals and their families. Beyond the personal stories, From Shock to Awe also raises fundamental questions about war, the pharmaceutical industry, and the US legal system.

The documentary centers on veterans, Matt Kahl and Mike Cooley, and their challenging post-war lives, lives shattered by the trauma of war. The vets personally struggle with anxiety, fear, depression, anger, and an overall inability to find an equilibrium in society and with their families. In order to deal with their erratic emotions and haunted state-of-mind, doctors prescribe intense pharmaceuticals with various side effects that bring them face-to-face with death. In response to the negative impact of traditional Western medicine, both vets begin to use cannabis as an alternative. Although beneficial on many levels, our heroes yearn for deeper healing.

The Wound is Where the Light Enters was created by Dheeraj Akolkar (Vardo Films, UK). It is a film about the making of ‘OTINO ONYWALO ILUM’, docu-dance-theatre by Darrel Toulon, devised with and performed by fifteen children born in captivity in Northern Uganda. In the Nilotic language of the Lango people, these “children born in the bush” are widely referred to as “otino onywalo ilum”, and are comparable to thousands of children born of sexual violence in war and conflict zones across Africa. The production of OTINO ONYWALO ILUM, uses artistically transformed biographies of these children born of war (CBOW) providing them thereby with training in the necessary performance skills to become interpreters of their own life-stories onstage, and articulate speakers in their communities. The intensive four-week workshop which was held at in residence at St. Mary’s College Aboke, was designed by Darrel Toulon of The Alpha Group (Austria), and involved the participation of international Facilitators and local Mentors. The project aims to support and inspire CBOW to accept and embrace their complex identities, to recognize and unleash their potential, and to achieve personal growth. It seeks to enable CBOW to make themselves visible and to advocate for their rights, as well as show how creativity can provide an important outlet and source of healing.

Being Michelle is an award-winning feature-length documentary film about a deaf woman with autism who survived incarceration and abuse and now uses her artwork to depict the trauma she survived and heal from her past.

Meeting the People Behind the Films

One of the unique experiences and great joys of the Film Festival are the live Q&A sessions held after each showing. All of the film directors and producers received the invitation from TRF to participate in the festival with excitement and welcome and we are grateful to all those that participated in the meaningful conversations that followed each film.

Feedback From Our Community

Thank you to those who sent in your feedback. While the Audience Choice Awards are closed, we would still really like to have your feedback. Please share your experience here by filling out this form.

Here are some reflections we received from our community:

Amidst our reflections about the film festival, something the TRF team all arrived to afterwards was the feeling of community, connection, and heart-openness. It became clear to us how important this program is, to have a place to be together and watch a film. With that, we are excited to host a 4th Annual Film Festival next year, with the added desire to seek out local theaters that might be interested in hosting screenings in person.

Do you want to make a recommendation to the team for future screenings? Feel free to use this form and scroll to the last question to make your suggestion.

This was the first year we had a TRF Audience Choice Award where the winning film receives $1,000 to give to a qualifying charity of their choice. Thank you for casting your votes!

Drumroll….of the 154 votes casted, our top three films were:

And the winning film was, The Wound is Where the Light Enters! Congratulations to all!

Please see this list of resources that were shared throughout the festival.

We look forward to continually seeing you at our community offerings and programs. Thank you for sharing your time with us. Any questions or comments? Feel free to reach out to us at [email protected].

PrevMore Ways to Support TRF’s Mission
The Concept of Resilience in Disaster Management: Supportive or Misleading?Next 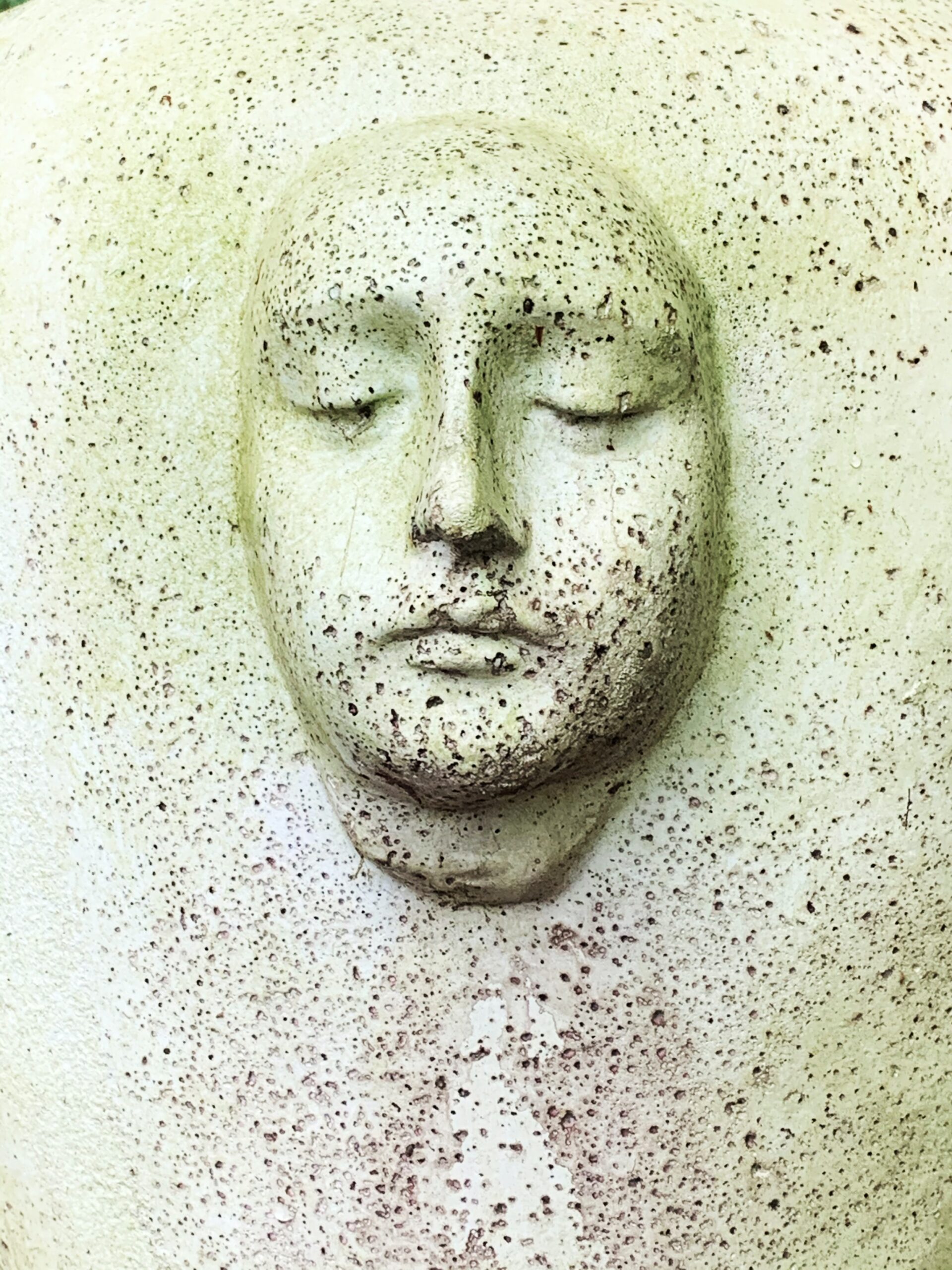 Trauma-Informed: A Journey Toward Advocacy 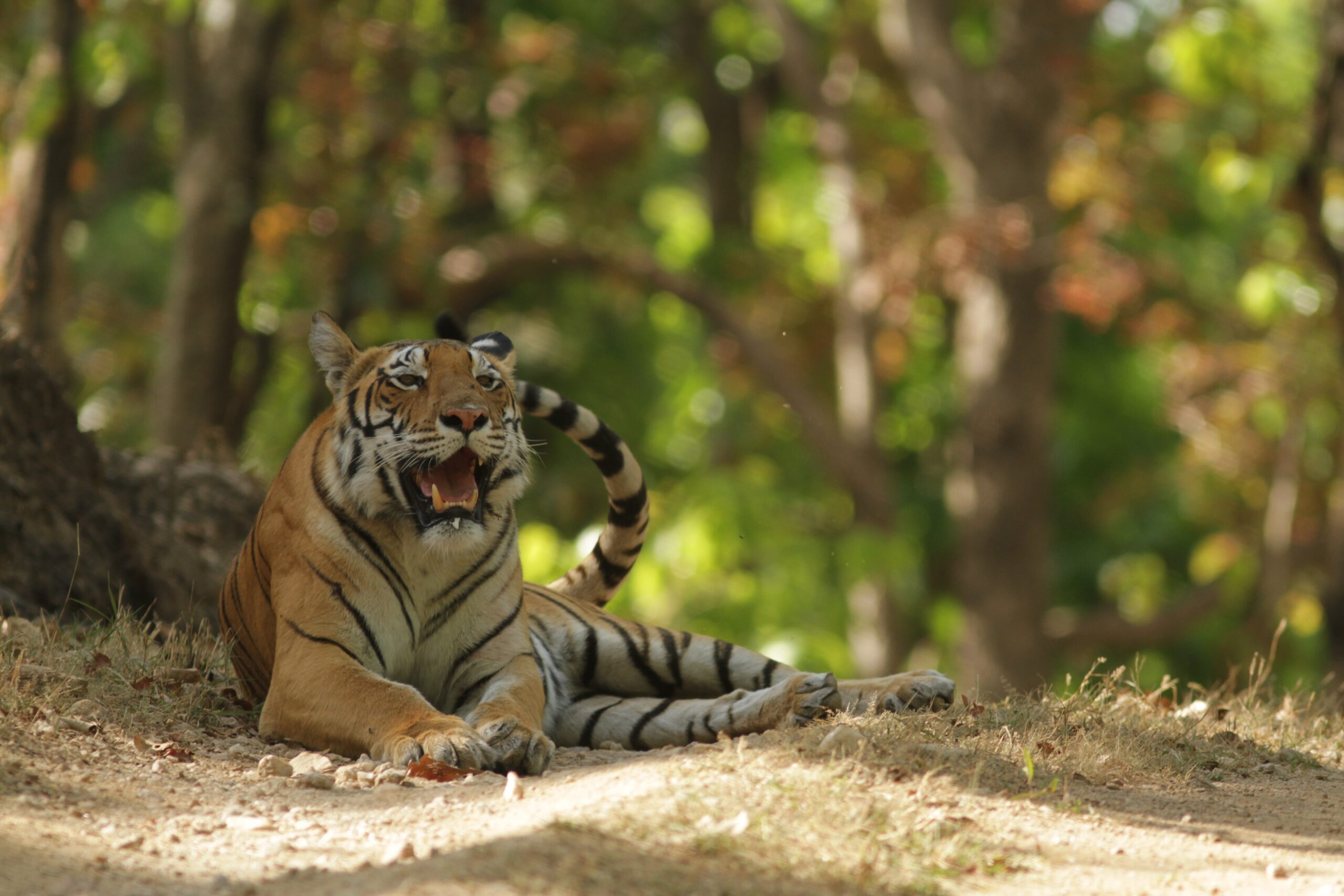 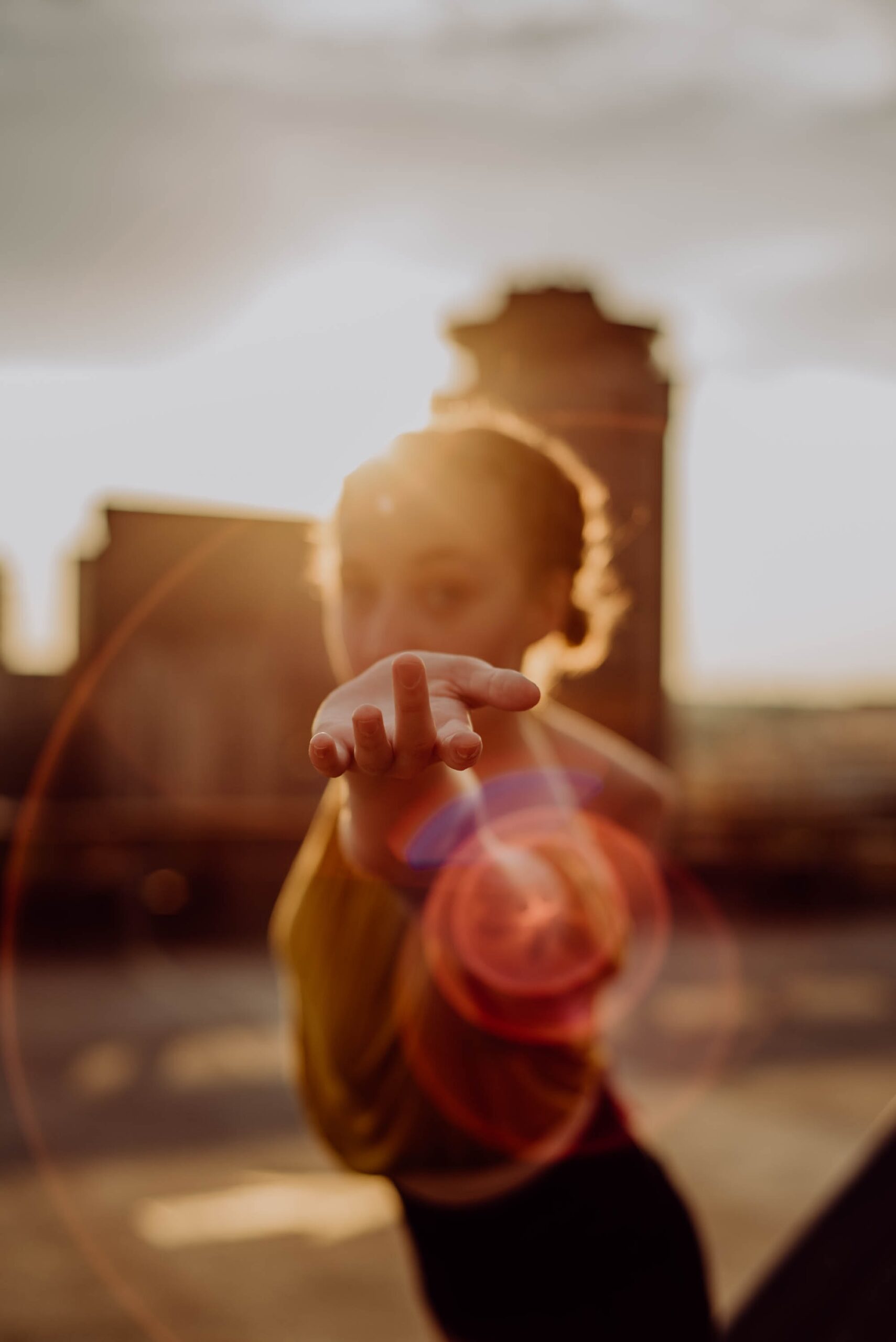 Every Body Dance Now: The Power of Dance/Movement Therapy for Healing Trauma